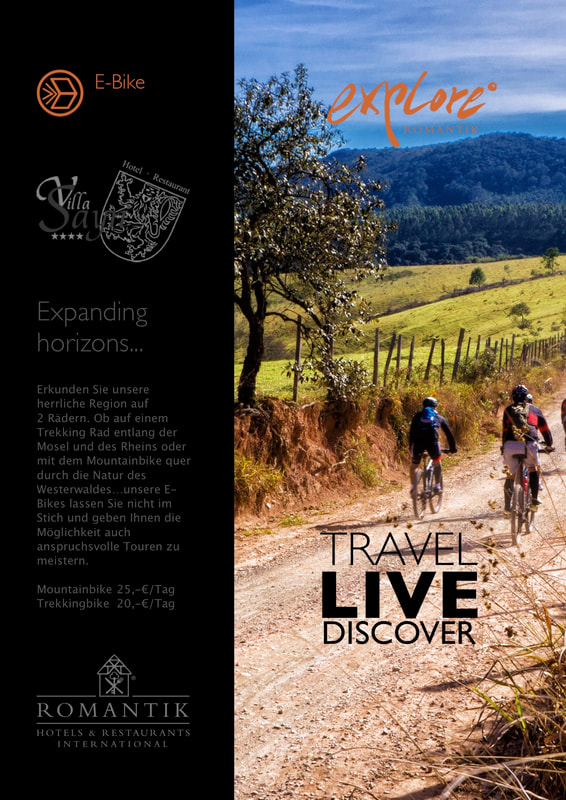 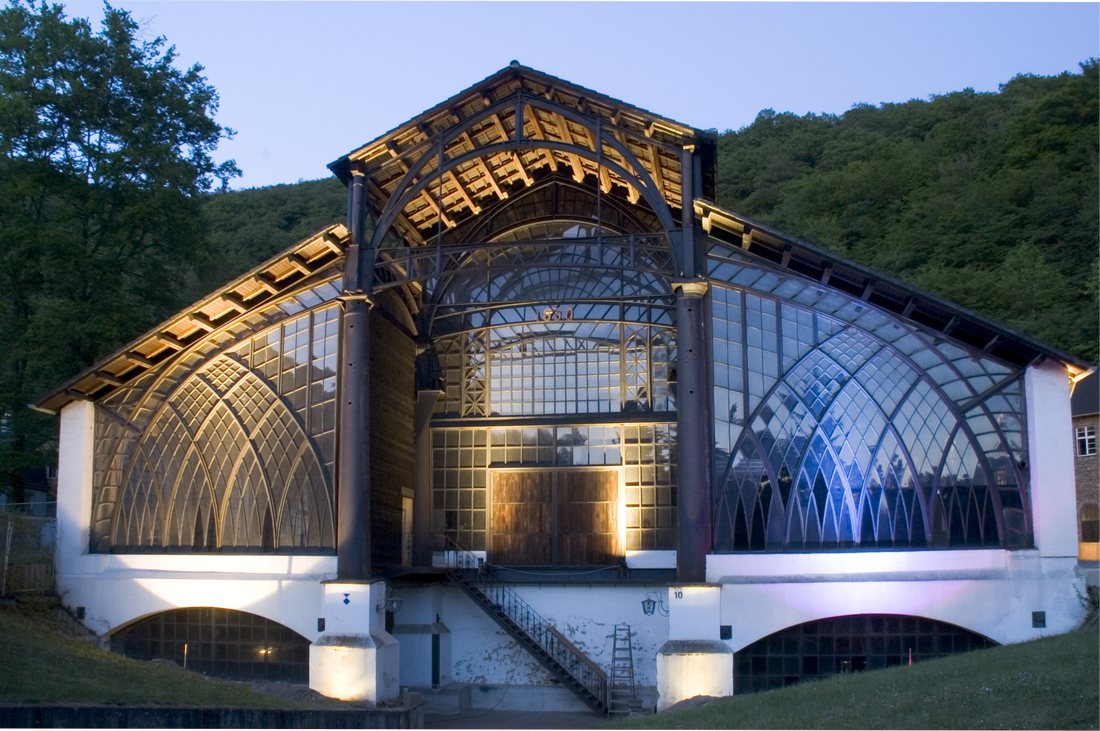 Listed industrial estate Sayner Hütte
​The former steelworks was built in the years 1769-1770. The entire plant with historic casting hall including blast furnace and wings was shut down in 1926. Today's industrial monument was part of a series of Bendorfer huts and in the 19th century, along with Berlin and Gliwice, one of the most important iron foundries in Prussia. 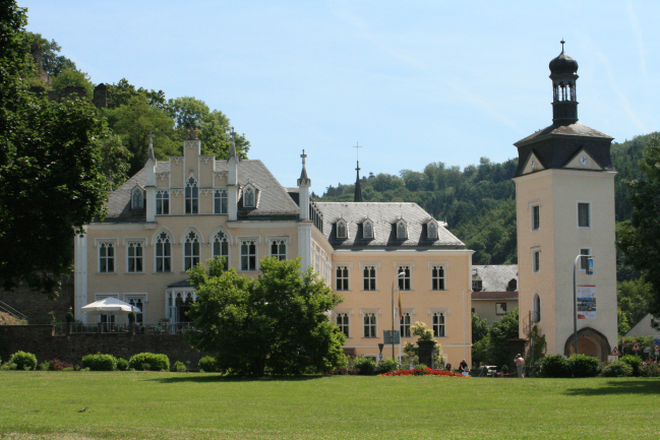 Castle Sayn
​The castle's origins lie in a 14th-century medieval castle manor, built for the lords of Reiffenberg, Ministerials of the Counts of Sayn, was built. The castle was badly damaged in the Second World War shortly before the end of the war. It fell into ruin, only the outer walls and the chapel were preserved, Only in the 1990s, the reconstruction was planned and carried out under restoration of the old buildings. 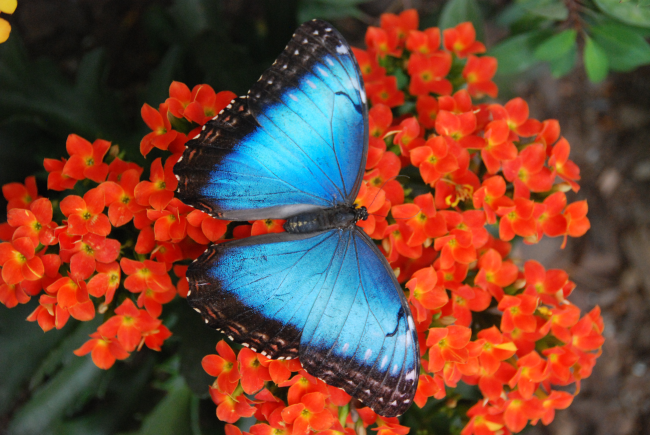 Garden of butterflies
​Embedded in the romantic castle park of Sayn with old giant trees, ponds and streams lies the garden of the butterflies Castle Sayn, also recognized as an extracurricular place of learning. In 1987, this small exotic paradise, housed in two glass pavilions, was founded by Prince Alexander and Princess Gabriela zu Sayn-Wittgenstein-Sayn. 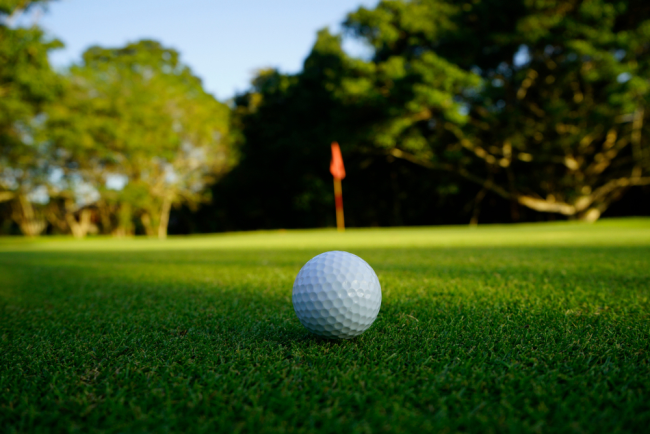 Golf Club Rhein-Wied
The Golf Club Rhein-Wied was founded in 1987. It is excellently located between Koblenz and Neuwied, high above the Rhine at the foothills of the Westerwald and lets you quickly forget stress and time. The hilly topography offers in many places beautiful panoramic views over the Rhine plain up to the Eifel and Hunsrück. With its secluded and quiet location, the course ensures a restful and relaxed round of golf - free of any car noise 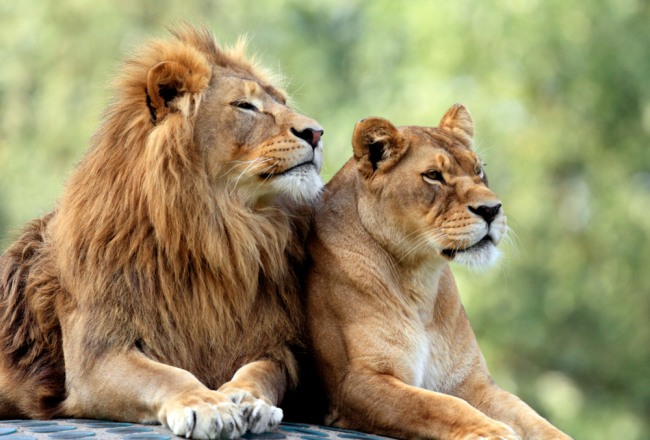 Zoo Neuwied
​The zoo holds around 1,543 animals from 183 species. Its total area is about 13.5 hectares. There are, among other things, the largest herd of gray giant kangaroos outside Australia on a 3.5-acre site, associated with Bennettkängurus and Emus. In addition, since 2004, a small breeding turtle of the extinct Barbary lions in the Zoo Neuwied, which gave birth to ten pups until 2010. The new monkey house is home to four chimpanzees and three different marmoset species. In addition to lions and tigers, cheetahs increase the group of big cats - with a unique feeding system in Germany. On a spacious outdoor enclosure, the "African Savannah", you can see a herd of Watussirinder, which are associated with zebras, Sitatungas and South African blue-necked ostriches. There is also a large aviary with southern hornbill. 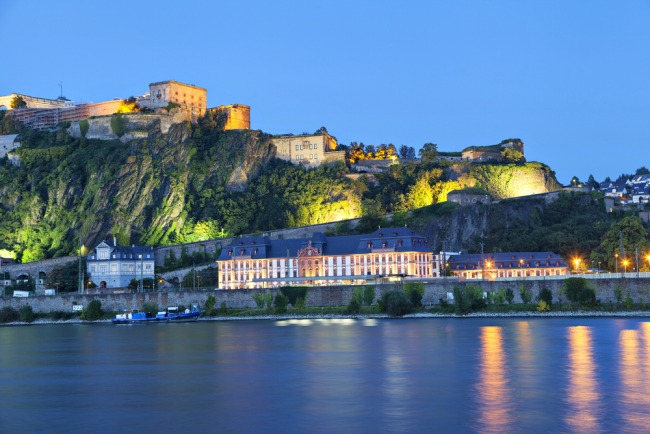 Fortress Ehrenbreitstein
​The fortress Ehrenbreitstein is a since the 16th century existing, originally kurtrierische, later Prussian fortification opposite the "German corner" in Koblenz. After Gibraltar Koblenz was then the largest fortress in Europe. In the run-up to the Federal Horticultural Show, which took place in Koblenz in 2011, the façade of the fortress buildings and their roofs was completely renovated. 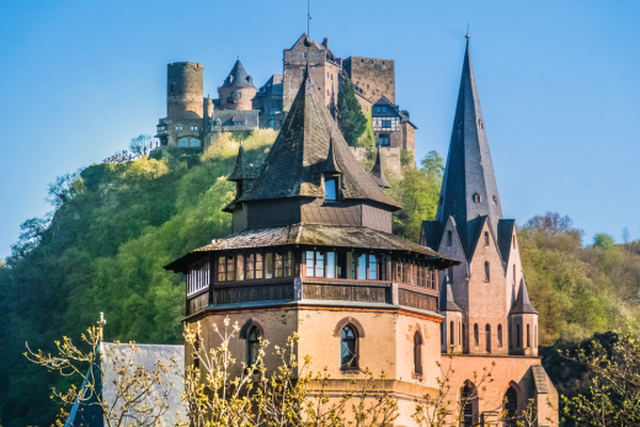 Unesco World Heritage Upper Middle Rhine Valley
​It is more than an award given by UNESCO to this part of the Rhine between Rüdesheim and Koblenz. The valley offers a unique cultural and natural landscape on its approximately 65 km in length, which is not a second time in Europe.
Other interesting destinations:
The Marksburg
Geyser Andernach
Climbing forest Sayn
Ice House Neuwied
Deichwelle Neuwied
e.g.